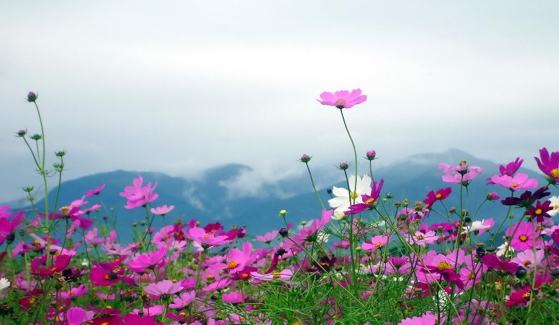 Did you know that In 2015 the amount spent on stress-related health care costs in America was 160 billion to 256 billion (Center for Disease Control and Prevention, 2016; Goh, Pfeffer & Zenios, 2016). Moreover, it is estimated that for all physician office visits, 75%-90% are for stress-related healthcare problems (Goldberg, J., 2016).

There was a study described by Kelly McGonigal, Ph.D., in her book, The Upside of Stress (McGonigal, 2015). In the study, researchers asked a group of 30,000 people how much stress they had experienced in the last year and if they believed that stress was harmful. The researchers waited for eight of years and then searched public records to determine who had died. Those with high stress had a 43% greater risk of dying but this was only true for those participants who believed stress was harmful to their health. The participants who had high stress but did not believe that stress was harmful had the lowest risk of death.

What do you believe about stress? Did you know that you can actually change your body’s physiological response by changing your mind about how you view stress? Research is now discovering how a negative stress mindset can increase the harmful effects of stress whereas a positive stress mindset can actually help your body have a healthy response to stress. For example, a negative mindset would be having the belief that “Stress is always harmful to my productivity and health” A positive mindset would be a belief that “Stress can enhance my productivity and give meaning to my life”. Dr. Alia Crum, a psychologist at Columbia University, has conducted research looking at mindsets (McGonigal, 2015).

In one research lab study, she had participants face a stressful, mock interview and then measured blood hormone levels of cortisol and DHEA. Both are stress hormones. Before the interview, she had divided the participants into two groups. Group 1 was shown a video of how stress is really bad for you. Group 2 was shown a video where stress had very good effects on the health and productivity of individuals. When Dr. Crum measured the blood levels of cortisol and DHEA after the mock interview, both groups showed an increase in cortisol. Cortisol is released when the fight or flight response is triggered. The fight or flight response is an automatic response to a perceived threat such as being in the jungle when a tiger approaches you. You either fight or flee. The body’s biochemical reaction increases respiration rate and blood pressure and shunts the blood flow from the intestinal system to the major muscle groups. We may not be facing a tiger in the jungle today but the body tends to react the same way toward everyday stressors because of the input of perception. The perception of a threat increases the levels of cortisol, released from the adrenal glands. Cortisol increases the amount of energy available to the body as it turns fat and sugar into usable energy. While both groups had an increase in cortisol, Group 2, who had watched the “stress is positive” video, had higher levels of DHEA than Group 1. DHEA, a neurosteriod, helps the brain grow and learn from the experience of stress.

In addition to learning how to change your mindset, there are many relaxation techniques which help to relax the body, mind, and soul. Here’s a quick one from Dr. Herbert Benson, associate professor in mind/body medicine at Harvard and the founder of the Benson-Henry Institute for Mind Body Medicine at Massachusetts General Hospital. Dr. Benson coined the phrase, “The Relaxation Response, a physical state of deep rest that changes the physical and emotional response to stress and is the opposite of the flight or fight response”. There are two parts to the “Relaxation Response”.

1. Focus on a repetition- such as a word, sound, phrase, or a repetitive prayer
2. Practice the repetition for 10-20 minutes each day

There is some very interesting research that Dr. Benson describes (Benson, 2012) that looks at how the Relaxation Response can actually change the genetic response to stress. Experimenters at Beth Israel Deaconess Hospital in Boston took patients that had been practicing the relaxation response (from a variety of sources such as transcendental meditation, yoga, different forms of repetitive prayer), for an average of 9 years. They matched the group based on race, gender, education, and age. They had them evoke the relaxation response and then measured the genetic activity on 40,000-50,000 genes. What they discovered was that the mind affected the genes that turn on and off during the fight or flight response. The specific genes that were affected by the relaxation response were the exact opposite of the fight or flight response (Benson, 2012).

If you want to learn more ways to effectively master your stress, consider joining a Master Your Stress Workshop sponsored by MHA. For more information, you may contact me at edavis@mhainde.org or call 302-654-6833.

This post was written by Elizabeth A. Davis, Psy.D. Elizabeth is a Community Educator who provides Master Your Stress training and coordinates Depression Screening Day.