Mental Health and the Men Who Take Care Of It 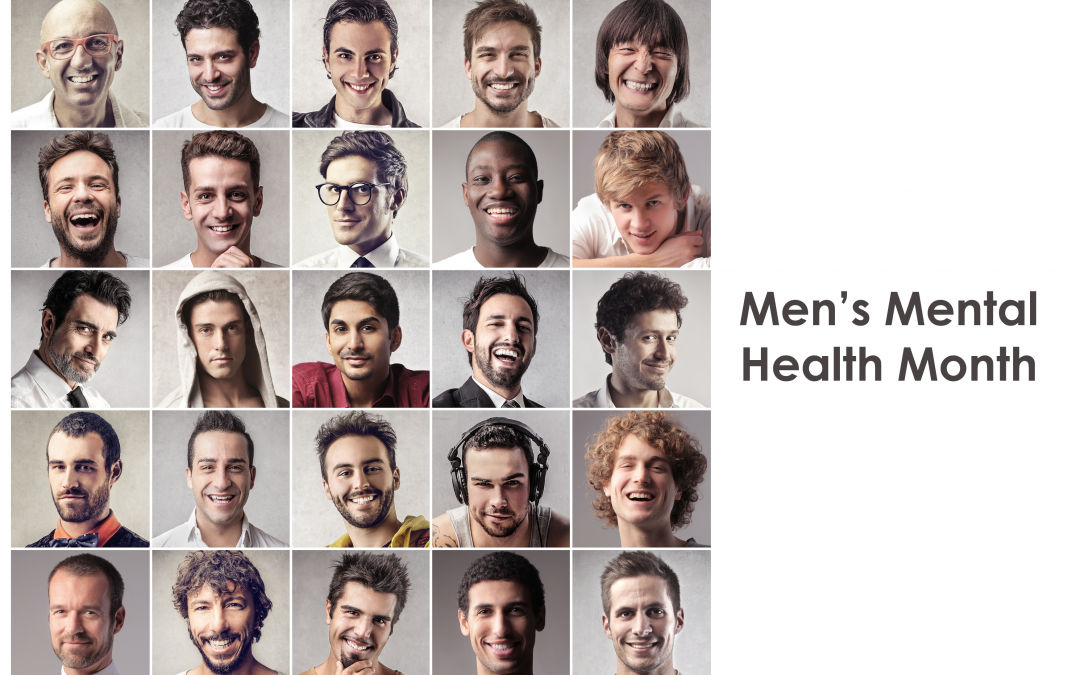 With June being Men’s Mental Health Month, I would like to take the opportunity to share some insight from a male perspective both broadly and personally. What I would like to share with you will not relay statistics or numbers. Instead, I hope to impart some of the sentiment and gravity that I have been allowed to see from other males in treatment and throughout our state of Delaware – men who are opening up and addressing mental health with their families, partners, and most importantly, with themselves.

I think it would be easy to just paint men with the brush that says they lived their whole life out of touch with their emotions and bottling everything up until it became unmanageable. That when it comes to addressing mental health they are resistant and reluctant participants at best. But this is part of the problem with mental health. From the outside, we often want to simplify and generalize what is happening with people, and men, in particular, can sometimes face these familiar critiques. As a Community Educator for the Mental Health Association in Delaware, what I often see are men who initiate the conversations, draw newer group members into the therapeutic discussions and welcome new resources. In fact, what has been a more common thread that many men have shared is that they displayed all the visible signs of a mental health concern before being in treatment, but those around them were reluctant to approach them about those concerns. So really, there are a couple of interesting stereotypes or myths at work that can create some significant barriers for men to get early access to treatment. This idea that men are not in tune with what they are struggling with and also that it is not okay to engage with them about these concerns. Maybe this happens out of an interest to not make things worse, say the wrong thing, or any other number of reasons. But what strikes me the most about this being shared so often is the effect of making men’s struggles become invisible to those around them. Before getting into treatment, it is not uncommon for people to express the doubts of “Am I imagining this”, or “Could I be making this problem bigger than it really is”. So when those outward signs are ignored and avoided by others, it only serves to reinforce those notions. As an outside observer, it is very painful to hear this echoed by so many people and it informs me that collectively our community has a lot of work still left to do in de-stigmatizing mental health concerns.

So to those of you who are men and some of this is resonating with you, I send a reminder of encouragement that help, hope, and change are out there for you. It may be in an unfamiliar setting or down a path that you have not traveled before but it is out there. Treatment is just as much about achieving new goals and helping others as it is receiving support. Sometimes that first step to improving your own situation is being patient and listening to others. More often, the second step involves us being patient with ourselves and finding balance in our struggles and achievements. It’s about starting that process to connect with new people who can relate to our pains and remind us that a setback on our journey does not mean we are starting over. No matter what you think you don’t know about managing your mental health, just be reassured that you have knowledge and skills that have brought you this far. You still have time to share that knowledge with someone who needs it, so don’t underestimate your influence on others. Now I could keep on encouraging in this blog, but really the last bit of push I want to send out to you is taking a step. Maybe that is a step toward treatment. Maybe it is a step toward helping a friend or loved one. Maybe it is a step to get more resources by calling MHA. But please take that step! Take it for yourself or break down a barrier by letting someone you care for know that it is okay to not be okay. Please, take that step!

Staff Blogger: Jason Coleman
Jason L. Coleman, M.Ed, is a Community Educator who partners with various organizations and entities on behalf of the Mental Health Association in Delaware to raise awareness around mental health concerns, knowledge of resources, and to reduce the stigma surrounding mental health.